Stone vessels were used in Judaea and the Galilee from the second half of the first century BCE until the second century CE, when it is widely accepted by scholarship that these utensils were phased out. New finds unearthed in the Galilee over the years provide additional information and innovative vistas in the study of soft limestone vessels and their use among the Jews of Roman Palestine. Compared to the massive destruction and abandonment in Judaea, life in the Galilee continued to flourish throughout the entire period and provides a unique opportunity to examine cultural behavior in this time of transition.

The study, which was supported by a grant from the Israel Science Foundation (Grant no. 419/12 with the late Dr. David Amit, IAA), proposed to conduct an in-depth examination of soft limestone vessels and their use among the Jewish population residing in the Galilee from the Second Temple period into the Late Roman era. In the course of the project, we analyzed a group of vessels used by the Sepphoreans and reached the conclusion that they were evidently produced in one of the nearby quarries; a stratigraphical analysis of the finds suggests that they were in use long after the destruction of the Second Temple and at least up to the fourth century CE.

Beyond the study of the artifacts themselves, soft limestone vessels reflect a broader phenomenon pertaining Jewish life, cultural behavior, and the persistence of religious customs in the period of transition from the Second Temple period until the aftermath of the destruction and the first centuries CE. Their occurrence in the Galilee together with ritual baths, as well as the relatively large number of sources dealing with related subjects, suggest that the traumatic events of 70 CE did not constitute a true watershed in the observance of purity laws and, consequently, perpetuated the need for such vessels.

An important outcome of this study was an article published jointly with Maya Sherman, Tami Zilberman, and Gal Yasur: “Chalkstone Vessels from Sepphoris: Galilean Production in Roman Times,” Bulletin of the American Schools of Oriental Research 383 (2020), 79–95. It demonstrates that such vessels were in continual use up to the early fourth century CE; their geochemical analysis (OCI) showed that large numbers of vessels used by Sepphoreans were evidently produced in local quarries of the Lower Galilee. 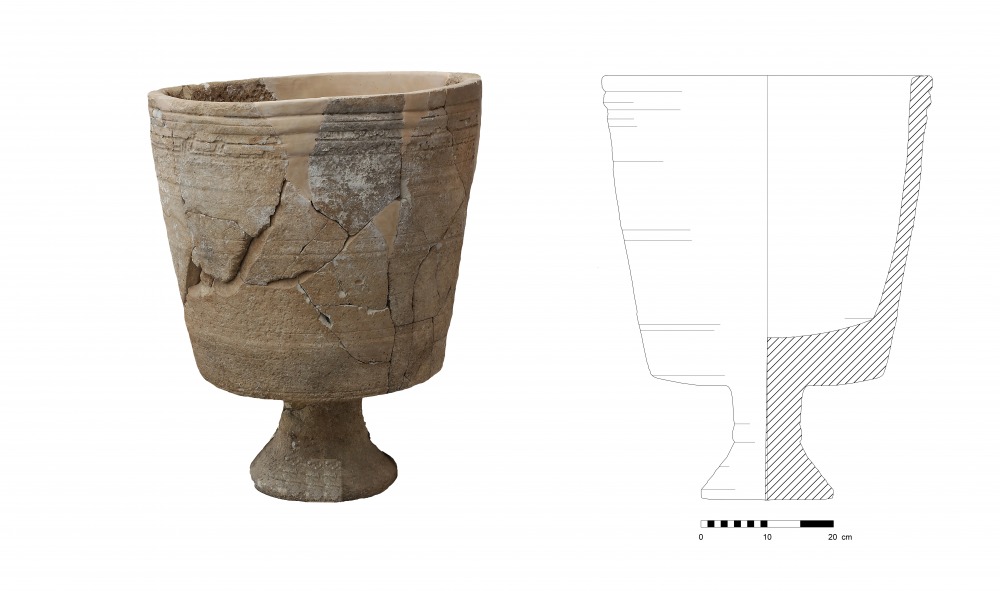