Jewish life in the late Second Temple period is reflected in diverse material finds throughout Palestine and is generally characterized by a strict observance of Jewish precepts. The period following the destruction of the Second Temple, and especially the Bar-Kokhba revolt, was undoubtedly a watershed in the life of the Jewish people, unfolding a new era when borders shifted and were redefined owing to the new order of Roman authority, socio-economic behavior, and Graeco-Roman culture. This shift is clearly visible in various types of material culture, including the architecture of private dwellings and public edifices, small artifacts for domestic use, art, language, and burial customs. While archaeology sheds light on the daily life and cultural behavior of the Jewish population in Roman and late antique Palestine, Jewish literary sources, despite their limitations, also provide a glimpse into the realia of antiquity, rendering their interdisciplinary study necessary and promising for a comprehensive understanding of this era.

The project “Jewish Material Culture: Old Theories and New Approaches, from Eleazar L. Sukenik to the Twenty-First Century,” which is currently in the making, will be devoted to Jewish material culture. Through an analysis of archaeological finds and archival material, it will examine the various approaches, types of finds, and parameters used by scholars to outline and reconstruct Jewish life and cultural behavior in Roman and late antique Palestine. The project will open by focusing on Eleazar L. Sukenik, pioneering archaeologist who laid the foundations for Jewish archaeology at the newly established Hebrew University of Jerusalem, and by illustrating his academic achievements in this new discipline. It will continue with the changes occurring in the field in first two decades after the establishment the State of Israel, then focus on the developments in modern scholarship, and, finally, assess the state of the field and offer new perspectives for future research of Jewish material culture. 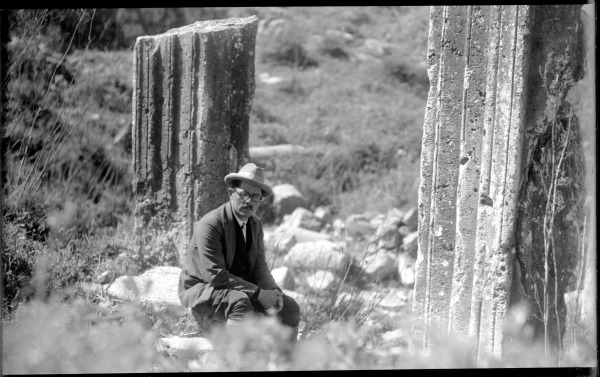